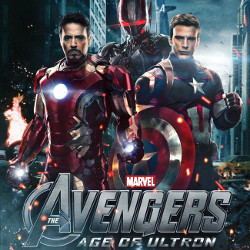 It is leaked about the date of release several interesting movie projects produced by Marvel, such as Thor 3, the sequel of the Avengers, and also Captain Marvel, Black Panther and Inhumans.

Related to the king of thunderbolt, Thor will get the third movie titled Thor: Ragnarok which means the end of everything. In the movie, it will tell about Thor in another level adjusted to the last condition in the Avengers: Age of Ultron. That is what the producer said, Kevin Feige.

There is also Captain Marvel/Carol Danvers, which is alleged to be the first woman hero and also the strongest as well. It is scheduled to release the movie on July 6, 2018.

There is also a new hero of Marvel, named Black Panther.  The character will be played by Chadwick Boseman, a 42 years old actor (2013). Boseman feels so thankful with this chance to join with Marvel family.

For more detail, here are some newest movies presented by Marvel Studios along with the date of release in USA.

Just make sure you know those by always following about the movies through this site.