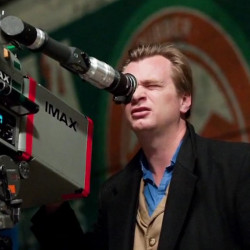 He hopes that the studio open-minded to produce other type of movie at the same time.

The closer movie of Christopher Nolan is Interstellar. This movie is scheduled to premiere in the USA on Film November 7, 2014. This movie is written by Nolan himself and his brother, Jonathan Nolan which is based on physics scientific theory of Kip Thorne.