Kickboxing is a sport that is used for self-defense, fitness, or for sparring between multiple people. Performed standing up, kickboxing borrows from Muy Thai and Karate and can be a dangerous weapon. In most movies, kickboxing is a powerful tool to help the hero and those around him.

From 1989 to 2008, some movies about kickboxing gained a lot of attention, both as movies that show kickboxing and that tell a story with that kickboxing. From gritty and violent to slightly less so, here are five films that I recommend watching if you enjoy watching films about kickboxing or martial arts.

In 2003, Tony Jaa starred in Ong-Bak, a film that uses Thai kickboxing to great effect. It not only has action and great stunts it is a callback to older movies from the 1980s. Tony Jaa performed his own stunts and trained for four years in Muay Boran to prepare for his role. Muay Boran is the form martial arts that came before Muay Thai. This is the technical term for the kickboxing used in the film and is held up as one of the first movies of its kind to use this style of fighting.

Released in 2005, Chok-Dee is a French film about a kickboxer who studies Muay Thai. After getting out of prison, he tries to compete in kickboxing competitions. Starring Dida Diafat and Bernard Giraudeau, this is another solid kickboxing film.

A movie based on the first kickboxer? Sounds awesome! He also happens to be French and therefore he fights in the French style. This would be 1995’s Savate. Savate is the name of a French kickboxing technique and the film has a decidedly Western feel to it. Our hero is a disillusioned French soldier out for revenge, but as he travels across the United States, he finds people in trouble. Like many a Western anti-hero, he uses his skills in savate to help defend persecuted farmers. This movie has a cast that includes Oliver Gruner, James Brolin, and Michael David Palance, and is worth a watch.

Kickboxer and Never Back Down

Released in 1989 and starring Jean-Claude Van Damme, Kickboxer is the story of two brothers who go to Thailand. One, Eric, is an American kickboxer and champion and the other, Kurt, is his corner-man. When Eric is paralyzed during a fight, Kurt is determined to avenge his brother. Finding a wise trainer, he begins to learn Muay Thai. Kickboxer is not only a movie about brothers and kickboxing is is also an underdog sports movie.

Never Back Down was released in 2008. Starring Sean Faris, Djimon Hounsou, and Amber Heard, Never Back Down has a lot in common with Fight Club; there is an underground fight club and characters fight there. Although this film is closer to a mixed martial arts movie, it still includes kickboxing.

Although kickboxing is just one piece of a greater martial arts film collection, it is a fascinating, and deadly, skill. From the early days of Jean-Claude Van Damme to 2008 films, these are some of the best movies about kickboxing. 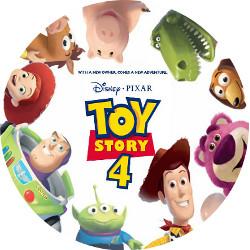 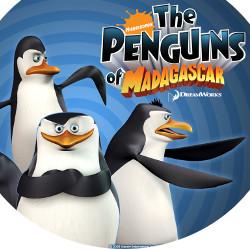