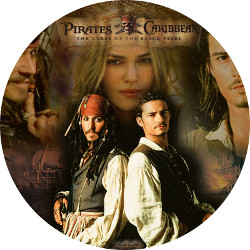 Who will become this new character in the Pirates of the Caribbean: Dead Men Tell No Tales? Based on news, the producer is interested to Ansel Elgort (The Fault in Our Stars) and Brenton Thwaites (The Giver) on the top line to fight for getting this character.

Meanwhile, there is also another candidate like Taron Egerton (Kingsman: The Secret Service), George Mackay (Pride), and Sam Keeley (In the Heart of the Sea). After passing several times delays, the movie Pirates of the Caribbean: Dead Men Tell No Tales finally will enter the process of taking scenes sooner.  This film is expected to premiere in USA on July 7, 2017 under the direction of the directors Joachim Ronning and Espen Sandberg.

So, who will get the figure of Henry for Pirates of the Caribbean: Dead Men Tell No Tales? Is he Ansel Elgort or Brenton Thwaites? Just wait for the next news.