As fast as New York City grows, so does the list of movies that are shot completely in New York City, or that use part of it. The Big Apple has featured in so many movies starting with the first release in 1901, ‘What happened on Twenty-third Street, New York City’, that it has become almost home to the rest of the world. When you spot New York City in a movie, you know exactly where you are. We have chosen some of the most famous movies of all time that have been featured in the streets of New York City. Make sure to check your tours with TopViewNYC.com and experience where each of these movies were set.

The Wolf of Wall Street

One of the world’s favorite Directors, Martin Scorsese brought you The Wolf of Wall Street, starring Academy Award Winner Leonardo DiCaprio as Jordan Belfort. The true story of Jordan Belfort’s rise to extreme wealth as a stock broker was shot in over 24 film locations but much of the script was concentrated on the streets of New York City. The areas very evident in the movie are as follows:

In 1961, Breakfast at Tiffany’s became one of the biggest hits of its time. It starred the beautiful and beloved Audrey Hepburn. A script about a socialite in New York with a haunting past, the movie was shot completely in locations in New York City:

Al Pacino and Marlon Brando were the hit stars of The Godfather, hitting screens in 1972. The movie was shot in a total of 45 locations including Italy, California and Hollywood, however New York City was one of the main choices especially with the location of the Corleone Mansion being situated on 110 Longfellow Road, Staten Island, New York City.

Batman Forever starring Jim Carrey, Val Kilmer and Tommy Lee Jones was shot in a total of 28 filming locations, many of which were in New York City. If you ever wondered where exactly the office of Dr. Chase Meridian was, it was at Surrogate’s Court - 31 Chamber’s Street, Lower Manhattan, New York City.

Requiem for a Dream

Shot completely in New York, Requiem for a dream remains to this day to be an absolute favorite mental twister in the minds of many. The movie, starring Jared Leto as the main character has some of the most intense musical and video graphical combinations known to be contained in a single motion picture. It is definitely not for the faint hearted. Its main location was on Coney Island, New York City. 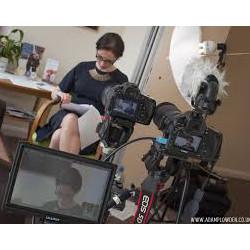