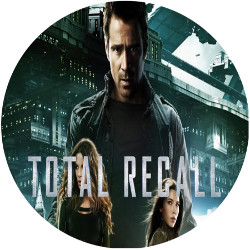 The next story, Quaid is to be such a fugitive of the police of virtual world. The police who hunt him is chancellor Cohaagen (Bryan Cranston), the leader of Euromerica. Finally, Quaid asks for help to a rebel (Jessica Biel) and meets the chief of the underground resistance (Bill Nighy) to stop Cohaagen.

Finally, the border between a real life and a virtual one is dim. Quaid needs to find his identity as well as his true love in the real life.  So, is he successful to achieve what he wants? Let’s find out on several days later, on the first release day.