Mae Hartley, played by Kelli Berglund and Gabby Harrison, played by China Anne McClain are two genius tenth Graders. Their reunion dance is coming sooner. Mae is getting ashamed by a popular girl named Nevaeh (Ashley Argota) at the time when she attempts to get Jaden (played by Noah Centineo) to go with her to the party. Then Mae is claiming that she already has a boyfriend. The two best friends, Mae and Gabby try to figure their plan out. They figure out about what they need to do to accomplish Mae’s problem about her lie.  Then, Gabby has idea to use Mae's father (Roger Bart)'s computer software to be her boyfriend. They think that computer software Mae’s father used is to design a character of video game.  Then the two succeed creating a virtual boyfriend they call him Albert (Marshall Williams).

Then the condition is getting worse when the software is getting haywire that makes Albert alive and show up at Gabby and Mae’s school. Then, what will happen with the robot and all people in the school? How worse is the problem of Mae that she should face? Let’s find out by watching this family movie.

THE JUDGE, What a Sweet the Relationship between A Son and His Father
Views : 8140

How to Use Technology to Save Money

It’s easy to focus on how much money a new type of technology will cost you. But have you ever really looked [ ... ]

5 Reasons Why Your Employees are Your Biggest Secu... 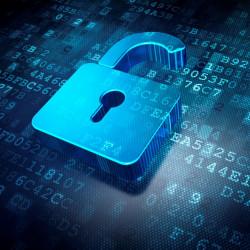 Security is understandably one of the major concerns for most modern companies, not only due to the data that  [ ... ]

Traumatic brain injuries (TBIs) are debilitating and difficult to treat, since they involve both physical and  [ ... ]

Apple iPhone’s Strategies to Staying at The Top in...

Apple is one of the biggest players in technology sector which is well known for its quality products since th [ ... ]

There are numerous options available for getting quick cash in emergency situations. But the main question is  [ ... ]