Thomas (Dylan O'Brien)is taken on a place named Glade, A giant labirin surrounded by satan creatures called Grievers. He cannot remember anything. Glade is inhibited by so many teenagers whereas each of them has a special job. Along time goes by, Thomas just realizes that those kids have been trying to get out from the labirin within two years and avoided sting's Grievers and get their old memory back.

Each month, a new kid comes. But after a girl just came with a message that she is the last. she is just experiencing coma. Thomas realizes that she can hear the girl speaks on his head and when he wakes up, they unify each other trying to find a way to escape.

The Hunger Games: Mockingjay Part 1, the Fight for Freedom
Views : 14236

Guardians of the Galaxy: the Action of Five Unique Prisoners for The Future of Galaxy
Views : 11940

The Hunger Games Catching Fire: The Return Of Katniss And Peeta In The Death Arena
Views : 11611

The Wolverine, The Past That Decides The Destiny At Future
Views : 11972

Man of Steel, When Superman Should Choose Which One He Loves More
Views : 11681

Pacific Rim: A Tremendous Battle Between A Robot And A Giant Monster
Views : 12163

After Earth, When The Earth Is Not To Be A Convenient Place Anymore
Views : 11824
ShowLands Channel On YouTube

How To Express Yourself with Car Fashion

There are many ways to express yourself and show your artistic side in the real world. While fashion and jewel [ ... ]

How Smart Technology is Driving Home security in 2...

What is the first thing you think about when refurbishing your new home? Perhaps it is the décor, as you loo [ ... ]

Four Bad Habits Eating Away at Your Bank Account a... 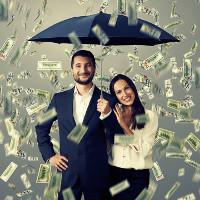 You shouldn't have to dread looking at your bank account, should you? The sad story is similar for most of us [ ... ]

Gastroesophageal reflux disease, commonly known as GERD, is a digestive disorder that affects the lower esopha [ ... ]

5 of the Best Photography Spots in New York City

The Big Apple is a budding photographer’s dream. The curvature of the shadows in magic hour or the highlight [ ... ]