The Rewrite, A Romance of Ray Michaels, an Annoying Lecturer in a Small Town
Category : Drama Romance Movie
Views : 6752

"The Rewrite" tells about a man named Ray Michaels (Hugh Grant), at 1998 he is a UK man who is smart, cool and in the top of his career in Hollywood by getting Academy Award prize for the best scenario. Fifteen years later, Ray is to be a man who has not creativity, divorced and even bankrupt.  Ray has no other choice except taking a job to be a script writing lecturer at a university in a small town. At first, Ray is forced to do that for the sake of money and makes him getting annoying. But at the end, he even finds his love to a single mother who is also to be his student.

The Lucky One, the Effort To Find A Mysterious Girl In A Photo
Views : 5421
ShowLands Channel On YouTube

4 Artists the Modern Artist Should Study

How to Convert Images to JPG with the Movavi Video... 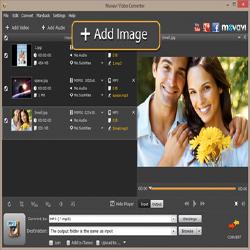 Over the years JPG has become one of the most popular formats for storing images – and for good reason. Its  [ ... ]

7 Things That Happen When You Don’t Eat Your Fruit...

We should eat three servings of vegetables and two servings of fruit daily. Unfortunately, this advice isn’t [ ... ]

How can you Enjoy Your Time Chatting?

Chatting opened the doors for fast communication without any barriers apart from vocal ones ever since it was  [ ... ]

Best Thing to Strengthen your Relationship with yo...

For a girl, one of the most beautiful relationships is the one that she has with her brother or her bhaiya. An [ ... ]